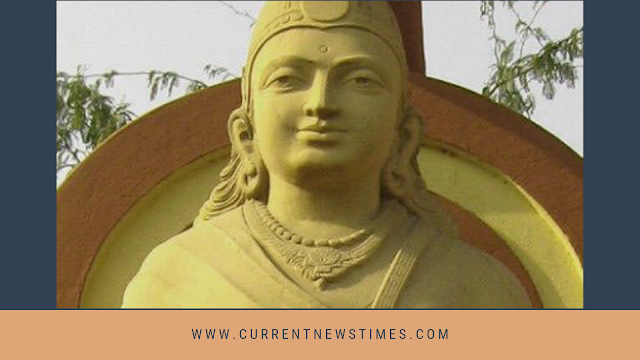 In his youth, Chandragupta came under the influence of Chanakya, also known as Kautilya, a Taxila  Brahmin and the famous author of Arthasastra, the celebrated work on Indian polity. Trained by Chanakya, Chandragupta conspired to destroy the Magadhan rule but failed in his first attempt.
Chanakya observed the prince of Taxila, Ambhi, making with Alexander, and felt very bad and felt the need of an empire that can stand against the foreign invasion. He discovered  child Chandragupta to be very brilliant in military and administrative skills and started tutoring him.

Seleucus sent his ambassador, Megasthenes, to the court of Chandragupta Maurya. Megasthenes wrote an account of the army and power of the king.

Acting under the guidance of his astute Brahman preceptor, Vishnugupta,

better known by his name Chanakya, or his surname Kautilya or Kautalya,Chandragupta, who had been exiled from Magadha, attacked the Macedonian ofiicers in command of the garrisons in the Indus basin after Alexander’s death, and ruin them, with the aid of the northern nations. About the same time the youthful adventurer and his wily counsellor effected a revolution at Pataliputra (Patna), the capital of the Magadhan monarchy, and exterminated the Nanda family. It is not clear whether the  Magadhan revolution followed the attack on the Macedonian officers.

FROM MIGHTY RULER TO SIMPLE MAN

In his last days, Chandragupta bequeathed throne to his son, Bindusara, and spent his life as an simple man. He ended his life in self-starvation at Sravenbelagola, a place in Karnataka, leaving behind a mighty Empire…

HOPE YOU LIKE IT “CHANDRA GUPTA: THE GREAT EMPEROR“

DON’T BE CHEAP IN SHARING THIS!!!!