Ashoka was an Indian emperor of the Maurya Dynasty. He lived around the third century BC (c 269 BCE to 232 BCE). He was a powerful king and reigned over a realm covering much of the Indian sub-continent. On taking the throne, he sought to extend his power and kingdom; he launched a bloody and destructive campaign against the state of Kalinga on the east coast. In this campaign, Ashoka’s army killed many thousands of people. However, after witnessing the aftermath of the destructive war he became aware of the great suffering he had caused. His remorse caused him to completely change course and embrace Buddhism. After his conversion to Buddhism, he forsook his wars of conquest and became devoted to the Buddhist principles of non-violence. He established schools and hospitals for the poor and built many Buddhist temples across the Indian sub-continent.
He was highly regarded in his lifetime for his enlightened rule and concern for his citizens. It completed one of the most remarkable transformations of any political leaders. In later life, he was referred to as Priyadarsin (“He who regards everyone with affection”. His ‘Ashoka Chakra’ was adopted as the symbol of Independent India in 1947.
Conquest of kalinga.
Kalinga (modern-day Odisha and Andhra) was a province on the east coast of India. It had a strong Buddhist following and was ruled by a monarchy and parliamentary democracy – which was unusually democratic for the time. However, with Ashoka’s great military strength, he succeeded in conquering and defeating this province. It is said up to 100,000 soldiers were killed, and more deported. On entering the city, Ashoka was moved by the extent of the destruction and suffering he had caused.
Role in Dissemination of Buddhism
Throughout his life, ‘Asoka the Great’ followed the policy of non-violence or ahimsa. Even the slaughter or mutilation of animals was abolished in his kingdom. He promoted the concept of vegetarianism. The caste system ceased to exist in his eyes and he treated all his subjects as equals. At the same time, each and every person was given the rights to freedom, tolerance, and equality.
The third council of Buddhism was held under the patronage of Emperor Ashoka. He also supported the Vibhajjavada sub-school of the Sthaviravada sect, now known as the Pali Theravada.
He sent missionaries to far of places to propagate the ideals of Buddhism and inspire people to live by the teachings of Lord Buddha. He even engaged members of the royal family, including his son and daughter, Mahendra and Sanghamitra, to carry out duties of Buddhist missionaries. His missionaries went to the below mentioned places – Seleucid Empire (Middle Asia), Egypt, Macedonia, Cyrene (Libya), and Epirus (Greece and Albania). He also sent dignitaries all over his empire to propagate his ideals of Dhamma based on Buddhist philosophy. Some of these are listed as follows:
Demise
After ruling over the Indian subcontinent for a period of approximately 40 years, the Great Emperor Asoka left for the holy abode in 232 BC. After his death, his empire lasted just fifty more years.
Ashoka’s Legacy
Buddhist Emperor Asoka built thousands of Stupas and Viharas for Buddhist followers. One of his stupas, the Great Sanchi Stupa, has been declared as a World Heritage Site by UNECSO. The Ashoka Pillar at Sarnath has a four-lion capital, which was later adopted as the national emblem of the modern Indian republic.
Hope you like it! ! 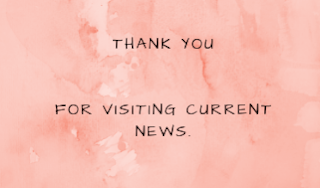