QUEEN ELIZABETH II was born Princess Elizabeth Alexandra Mary on April 21, 1926, in London, to Prince Albert, Duke of York (later known as King George VI), and Elizabeth Bowes-Lyon. She married Philip Mountbatten, Duke of Edinburgh, in 1947, became queen on February 6, 1952, and was crowned on June 2, 1953. She is the mother of Prince Charles, heir to the throne, as well as the grandmother of princes William and Harry. As the longest-serving monarch in British history, she has tried to make her reign more modern and sensitive to a changing public while maintaining traditions associated with the crown. 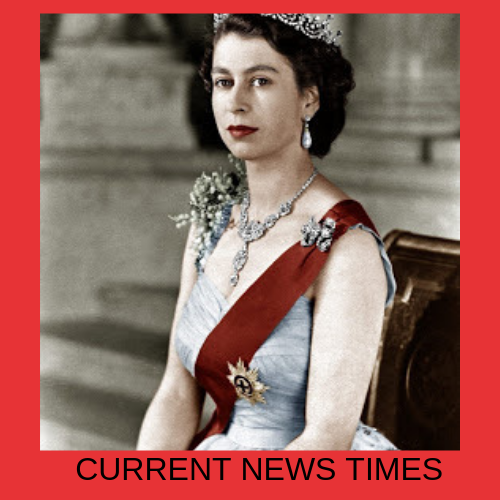 Queen Elizabeth married Philip Mountbatten (a surname adopted from his mother’s side) in the autumn of 1947. Elizabeth first met Philip, son of Prince Andrew of Greece, when she was only 13. She was smitten with him from the start. Distant cousins, the two kept in touch over the years and eventually fell in love. They made an unusual pair. Elizabeth was quiet and reserved while Philip was boisterous and outspoken. Her father, King George VI, was hesitant about the match because, while Mountbatten had ties to both the Danish and Greek royal families, he didn’t possess great wealth and was considered by some a bit rough in his personality.
At the time of their wedding, Great Britain was still recovering from the ravages of WWII, and Elizabeth collected clothing coupons to get fabric for her gown. The ceremony was held at London’s Westminster Abbey on November 20th. The family took on the name Windsor, a move pushed by her mother and Prime Minister Winston Churchill, and which caused tension with her husband. Over the years, Philip has inspired numerous public relations headaches with his off-the-cuff, edgy comments and rumours of possible infidelities.

On February 6, 1952, Elizabeth’s father, King George VI, died, and she assumed the responsibilities of the ruling monarch. (She and Prince Philip had been in Kenya at the time of her father’s death.) Queen Elizabeth’s official coronation took place on June 2, 1953, in Westminster Abbey. For the first time ever, the ceremony was broadcast on television, allowing people from across the globe to witness the pomp and spectacle of the event.

After the start of the 21st century, Elizabeth experienced two great losses. She said goodbye to both her sister Margaret and her mother in 2002, the same year she celebrated her Golden Jubilee or 50th year on the throne. Margaret, known for being more of an adventurous soul than other royals and who was barred from marrying an early love, died that February after suffering a stroke. Only a few weeks later, Elizabeth’s mother, known as the Queen Mother, died at Royal Lodge on March 30th at the age of 101.
Known to be a stickler for ceremony and tradition, Elizabeth eventually started to show signs of softening her stance. She had objected to the relationship between Prince Charles and Camilla Parker Bowles, with the pair having been involved while the prince was married. When the two wed in 2005, Elizabeth and Prince Philip had a reception in their honour at Windsor Castle.

Elizabeth celebrated her Diamond Jubilee in 2012, marking 60 years as queen. As part of the jubilee festivities, a special BBC concert was held on June 4th featuring the likes of Shirley Bassey, Paul McCartney, Tom Jones, Stevie Wonder and Kylie Minogue. Elizabeth was surrounded by family at this historic event, including her husband Philip, son Charles and grandsons Harry and William. On September 9, 2015, she surpassed her great-great-grandmother Queen Victoria as Britain’s longest-ruling monarch, who reigned for 63 years.

On February 6, 2017, the Queen celebrated 65 years on the throne, the only British monarch to ever celebrate her Sapphire Jubilee. The date also marks the anniversary of the death of her father. The Queen chose to spend the day quietly at Sandringham, her country estate north of London, where she attended a church service.
In London, there were royal gun salutes at Green Park and at the Tower of London to mark the occasion. The Royal Mint also issued eight new commemorative coins in honour of the Queen’s Sapphire Jubilee.

Keeping in mind the duration of her reign, Elizabeth has been played by a number of well-known actresses on both stage and screen. She has perhaps most famously been portrayed by Helen, who received an Oscar and Golden Globe, among other accolades, for her starring role in 2006’s The Queen, directed by Stephen Frears. Mirren later played Elizabeth in The Audience, a West End and Broadway play which chronicled the Queen’s aforementioned meetings with various prime ministers and for which the actress earned a 2015 Tony Award.