Bodhidharma, Chinese Putidamo, Japanese Daruma, (flourished 6th century CE), the Buddhist monk who, according to tradition, is credited with establishing the Zen branch of Mahayana Buddhism.

The accounts of Bodhidharma’s life are largely legendary, and historical sources are practically nonexistent. Two very brief contemporary accounts disagree on his age (one claiming that he was 150 years old, the other depicting him as much younger) and nationality (one identifies him as Persian, the other as South Indian). The first biography of Bodhidharma was a brief text written by the Chinese monk Daoxuan (flourished the 7th century) about a century after Bodhidharma’s death. As his legend grew, Bodhidharma has credited with the teaching that meditation was a return to the Buddha’s precepts. He was also credited with aiding the monks of Shaolin Monastery—famous for their prowess in the martial arts—in meditation and training. During the Tang dynasty(618–907), he came to be regarded as the first patriarch of the tradition that was subsequently known as Chan in China, Zen in Japan, Sŏn in Korean, and Thien in Vietnam. Those names correspond to the pronunciation of the Sanskrit word dhyana (“meditation”) in Chinese, Japanese, Korean, and Vietnamese, respectively. Bodhidharma was also considered to be the 28th Indian patriarch in a direct line of transmission from the Buddha.
Most traditional accounts state that Bodhidharma was a South Indian dhyana master, possibly a Brahman, who travelled to China perhaps in the late 5th century. About 520 he was granted an interview with the Nan (Southern) Liang emperor Wudi, who was noted for his good works. According to a famous story about their meeting, the emperor inquired how much merit (positive karma) he had accrued by building Buddhist monasteries and temples. To the emperor’s dismay, Bodhidharma stated that good works performed with the intention of accumulating merit were without value, as they would result in favourable rebirths but would not bring about enlightenment. Another story states that, soon after meeting the emperor, Bodhidharma went to a monastery in Luoyang, where he spent nine years staring at a cave wall in intense concentration. Still, another states that in a fit of anger after repeatedly falling asleep while attempting to practice meditation, he cut off his eyelids. (This is one reason why he was often portrayed in art with an intense wide-eyed stare.) Upon touching the ground, they sprung up as the first tea plant. The first two of these legends are like others that seem intended to offer instruction in religious truths or in the importance of concentration in religious practice. The third provided a folkloric basis for the traditional practice among Zen monks of drinking strong tea in order to stay awake during meditation. It also provided an account of the introduction of tea into East Asia. 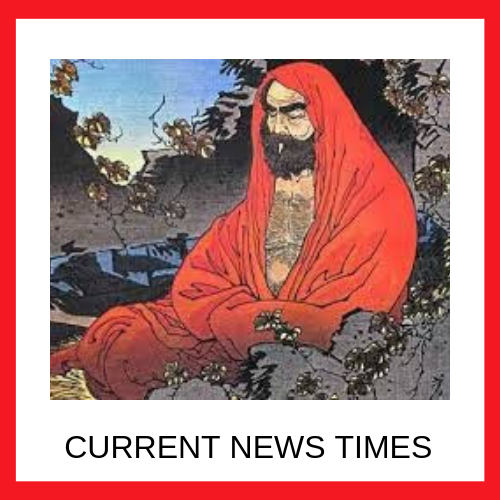 These early systems were used to improve the fighting skills of soldiers who tended to be in the army for life. Those that lived long enough, however, could eventually retire to a monastery where they continued to use their training techniques to stay fit and healthy. Around 600 BCE, Confucius stated that the martial arts should be encouraged in everyday life and his contemporary Lao Tzu devised a philosophical system called Taoism. The teachings of these two were handed down through the ages and became entwined with the martial arts of China and later neighbouring countries. While this can be seen as the forerunner to Chinese martial arts, for many, modern day kung fu began when an Indian monk is known as Bodhidharma (or Ta Mo in Chinese) arrived at the Shaolin Temple around 527 CE.From what evidence has survived, we know that Emperor Huang Ti used a basic fighting system called Chiou Ti (or Go-Ti) which dates back to around 2,674 BCE. This evolved into Shuai Chiao, which is similar to Judo and utilizes fast throws and joint locks along with elbow and knee strikes.
THANK YOU!!!!!!!!