THE STATUE OF UNITY 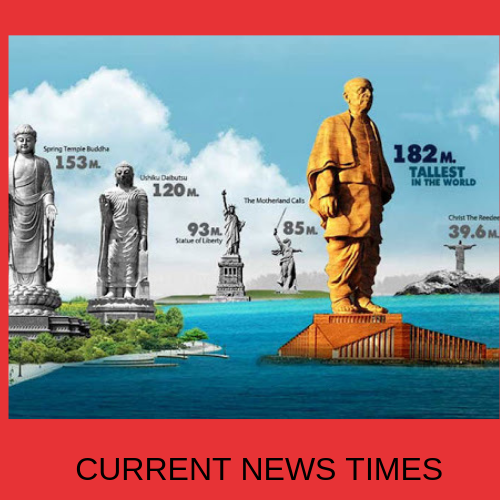 Statue of Unity The World’s tallest statue in India The Statue of Unity is a monument dedicated to Indian independence movement leader Vallabhbhai Patel located in the Indian state of Gujarat. It is located facing the Narmada Dam, 3.2 km (2.0 mi) away on the river island called Sadhu Bet near Rajpipla in Gujarat. The monument along with its surroundings occupies over 20,000 square metres, and is surrounded by a 12 square km artificial lake. It is the world’s tallest statue with the height of 182 metres (597 ft). Sardar Vallabhbhai Patel Rashtriya Ekta Trust (SVPRET), a special purpose vehicle was established by the Government of Gujarat for its construction and the outreach programme was carried out across India starting December 2013.

An engineering marvel completed in a record time of 33 months, the world’s tallest statue — Sardar Patel’s statue or the Statue of Unity — will be inaugurated during a gala function on Sardar Vallabhai Patel’s birthday on October 31st. Prime Minister Narendra Modi, who had laid the foundation stone for the project on 31 October, 2013, will also be the one to inaugurate it on Wednesday.
Double the height of the world famous Statue of Liberty in New York, the Sardar Patel statue near the Narmada Dam in Gujarat is not only the tallest one in the world but also the one to be completed in the shortest time. The 182 meter Statue of Unity took 33 months to complete while China’s Spring Temple Buddha statue, which was the longest so far, took 11 years.

Here is a list of 10 interesting features of the Sardar Patel statue in Gujarat: 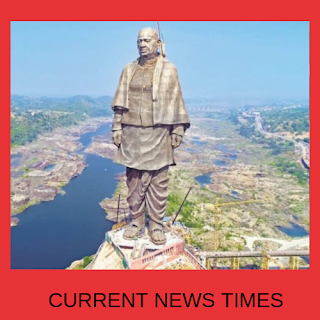 2. If you are about 5.6 feet tall, the giant State of Unity is 100 times larger than you.
3. There are two high-speed passenger elevators at the statue’s core which take you up to the chest of the statue to a viewing gallery which can accommodate 200 tourists at a time. This is also the best place to get a bird’s eye view of the picturesque environs of the Narmada river and its dam surrounded by the Satpura and Vindhyachal hills.
4. With a three-star hotel, museum and visual audio gallery, the government has tried to build an entire ecosystem of tourism infrastructure centered around the statue in the remote, mountainous terrain.
5. The construction of the Sardar Patel statue had its own engineering challenges, not just due to its height but also because of its location in the middle of the Narmada river and the walking pose of Sardar Vallabhai Patel. The statue is designed to withstand winds of almost 180 km per hour and earthquakes measuring 6.5 on the Richter scale.
6. Noida-based sculptor Ram V. Sutar, who designed the statue, took special care to ensure that the statue’s face resembles Patel’s facial features. For the process, around 2,000 photographs from archives were studied. Historians and people who had seen the ‘Iron Man’ were also consulted. From a distance, it appears as if Sardar Patel is walking on water towards the Sardar Sarovar dam.
7. The Gujarat government is also building a 3.5 km long highway for tourists to reach the statue from Kevadia town.
8. A 320 meter long designer bridge connects Sadhu island to the mainland. You can also take a boat ride.
9. Around 135 metric tonnes of iron were crowdsourced from lakhs of villages all over India for use in the project.
10. Clicking images at the statue site will be easier with a selfie point that has a good vantage point for photography.