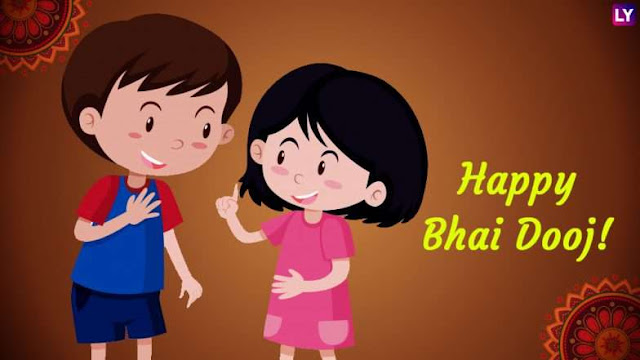 Bhai Dooj (भाई दूज)  is a festival celebrated by Hindus of the Indian subcontinent, notably India and Nepal, on the second lunar day of Shukla Paksha (bright fortnight) in the Vikram Samvat Hindu calendar or of Shalivahan Shaka calendar month of Kartika. It is celebrated during the Diwali or Tihar festival.
The celebrations of this day are similar to the festival of Raksha Bandhan. On this day, sisters give gifts to brothers.
In the southern part of the country, the day is celebrated as Yama Dwitiya.
In Haryana, basically, a special ritual also followed, a dry coconut (named as gola in regional language) with klewa tied along its width for worshipping is also used at the time of doing aarti of your brother. 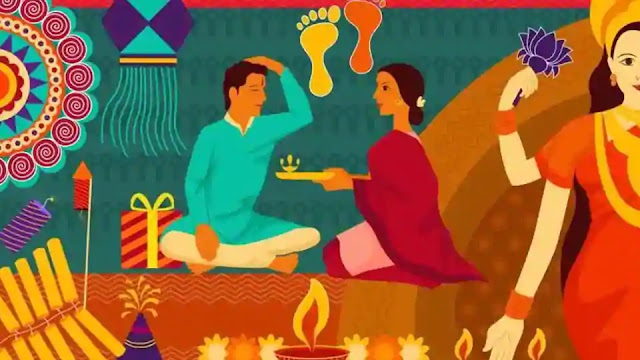