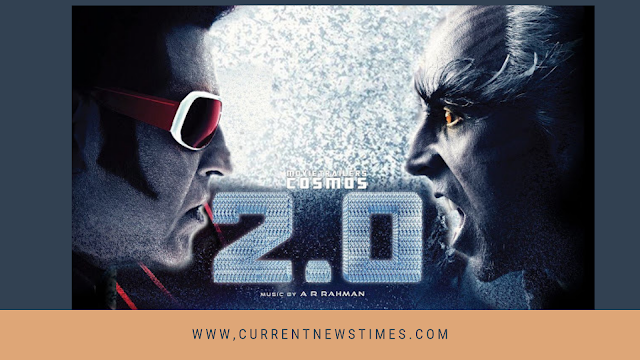 Director Shankar’s ambitious film 2.0 features Rajinikanth, Akshay Kumar and Amy Jackson in the lead roles. The film took a thunderous opening at the box office and has grossed over Rs 100 crore worldwide on its opening day.
Robot 2.0 is an upcoming Indian bilingual science fiction film, shot in Tamil and Hindi languages, and directed by S. Shankar. A sequel to his Tamil film Enthiran (2010), the film will feature Rajnikanth, Akshay Kumar and Amy Jackson in the lead roles.
The film is produced by Subaskaran Allirajah of Lyca Productions, the film is expected to have the biggest budget in the history of Indian cinema. The films is budget 3.5 billion (US$52 million).
Titled 2.0, the film consequently began its first schedule with shooting held on 16 December 2015. The film is scheduled to release in theaters in 2017.
A spiritual successor to the 2010 Tamil film Enthiran, the film will feature Rajinikanth reprising the roles of Dr. Vaseegaran and Chitti, alongside Akshay Kumar and Amy Jackson.
The soundtrack album will be composed by A. R. Rahman while cinematography, editing, and production design are handled by Nirav Shah, Anthony and T. Muthuraj respectively. The film will be released in three languages: Tamil, Hindi, and Telugu.
The cast of the movie includes Rajinikanth as Dr. Vaseegaran and Chitti, Akshay Kumar as Dr. Richard. A Character is described as a scientist whose “experiments goes wrong and loses his appearance”, Amy Jackson, Sudhanshu Pandey as Son of Dr. Bohra and Adil Hussain.
Jeyamohan finished work on the script of the film in September 2015 and revealed that the story would be a direct continuation from the 2010 film, with filming only set to start following the completion of Rajinikanth’s commitments in Kabali(2016).
The Hindi version of 2.0 raked in Rs 20.25 crore on an opening day. On the second day, it has managed to collect Rs 19 crore approximately.
2.0, produced by Lyca Productions, is the most expensive film ever made in India. Touted to be produced on a mammoth budget of over Rs 500 crore, the sci-fi film talks about the importance of maintaining an ecological balance and how harmful radiations from mobile towers affect the habitat of living beings.

In her review for BusinessToday.in, Anwesha Madhukalya writes, “The movie is too simplistic and the dialogues bizarre.

The parts where the entire scientific community talk science is so unscientific that it appears to be taking the audience’s intelligence for granted.

The dumbing down and explaining things like everyone in the audience is 5 years old is one of the most consistent problems with the movie.”

But 2.0 is now in theatres and for Rajinikanth fans, looks like the wait was every bit worth it. The box office will say yes to that!
🙏🙏🙏🙏🙏🙏THANK YOU🙏🙏🙏🙏🙏