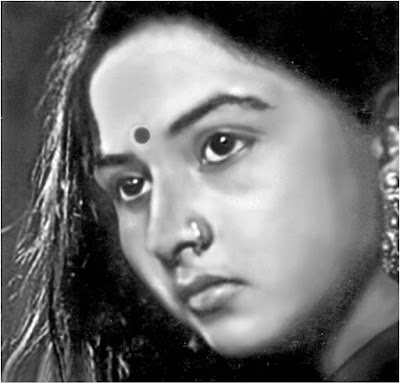 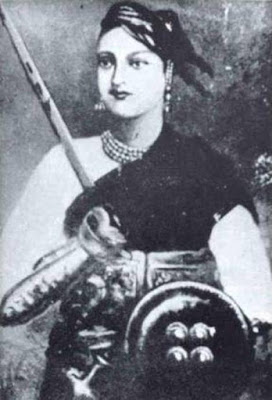 Rani Lakshmibai was born on 19 November 1828 in the town of Varanasi into a Marathi Karhade Brahmin family.She was named Manikarnika and was nicknamed Manu.Her father was Moropant Tambe and her mother Bhagirathi Sapre (Bhagirathi Bai). Her parents came from Maharashtra and was cousin of Nana Sahib. Her mother died when she was four years old. Her father worked for a court Peshwa of Bithoor district who brought up Manikarnika like his own daughter. The Peshwa called her “Chhabili”, which means “playful”. She was educated at home and was more independent in her childhood than others of her age; her studies included shooting, horsemanship, fencing[ and mallakhamba with her childhood friends Nana Sahib and Tatya Tope.
Rani Lakshmi Bai was one of the leading warriors of the India’s first struggle for independence. A symbol of bravery, patriotism and honour, Rani Lakshmi Bai was born on 19 November 1828 at Poona. Her actual name was Manikarnika. Her father Moropant Tabme was a court advisor, and mother Bhagirathi was a scholarly woman. At a very early age she lost her mother. Her father raised her in an unconventional way and supported her to learn to ride elephants and horses and also to use weapons effectively. She grew up with Nana Sahib and Tatya Tope, who were active participants in the first revolt of independence.
In 1842, Rani Lakshmi Bai got married to Raja Gangadhar Rao who was the Maharaja of Jhansi. After her marriage, she came to be known as Lakshmi Bai. In 1851, she gave birth to a son but unfortunately he died in his fourth month. After this tragic incident, Damodar Rao was adopted by the Maharaja of Jhansi as his son. Because Damodar Rao was adopted and not biologically related to the Raja, the East India Company, under Governor-General Lord Dalhousie, was able to install the Doctrine of Lapse, rejecting Rao’s rightful claim to the throne. Dalhousie then annexed Jhansi, saying that the throne had become “lapsed” and thus put Jhansi under his “protection”. In March 1854, the Rani was given a pension of 60,000 rupees and ordered to leave the palace at the Jhansi fort.
Moved by the death of his son and his poor health, Maharaja Gangadhar Rao also died on 21 November 1853. When the Maharaja died, Rani Lakshmi Bai was just eighteen years old, but she didn’t lose her courage and took up her responsibility.
The company’s forces surrounded the fort of Jhansi, and a fierce battle raged. Offering stiff resistance to the invading forces, Lakshmi Bai did not surrender even after her troops were overwhelmed and the rescuing army of Tantia Tope, another rebel leader, was defeated at the Battle of Betwa. Lakshmi Bai managed to escape from the fort with a small force of palace guards and headed eastward, where other rebels joined her. 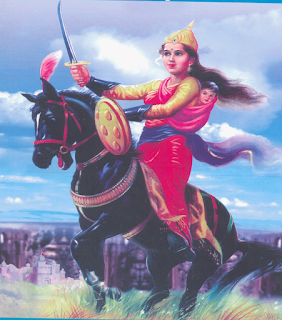 Tantia Tope and Lakshmi Bai then mounted a successful assault on the city-fortress of Gwalior. The treasury and the arsenal were seized, and Nana Sahib, a prominent leader, was proclaimed as the peshwa (ruler). After taking Gwalior, Lakshmi Bai marched east to Morar to confront a British counterattack led by Rose. Dressed as a man, she fought a fierce battle and was killed in combat.