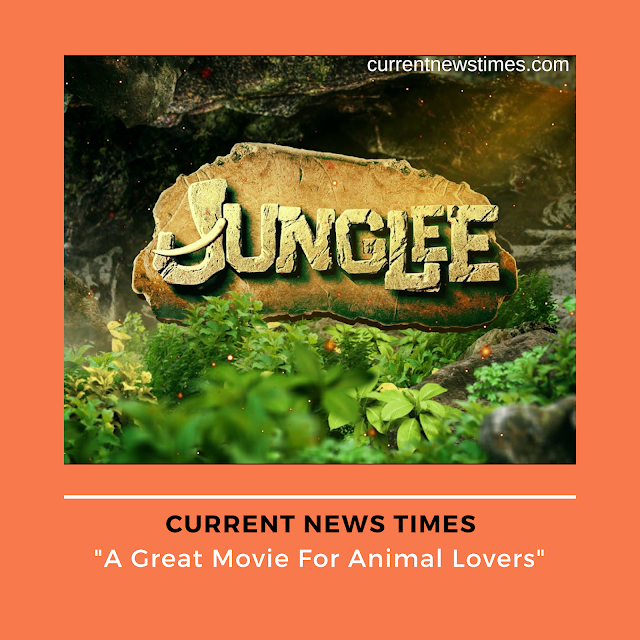 Story: Just like the story of “haathi mera sathi” directed by M. A. Thirumugam in 1971, the story of “JUNGLEE” is a bit similar. Raj Nayar (Vidyut Jammwal), a veterinary doctor from Mumbai, visits his father after a long gap of ten years in their Chandrika elephant sanctuary (Odisha). His roots are in the jungle where his father is a conservationist. Once home, he realises, that everything is not fine as it appears to be. He saw that elephants were ruthlessly hunted for their tusks. Soon after, a terrible attack on the elephants by a bunch of hunters, led by (Atul Kulkarni), changes his life forever. This movie is best for children and it is capable to get clapping from them.

The film appears to be organised on a splendid scale. The prolific green jungles and the calm tamed elephants are a relief to the eye. Some shots are picture perfect and seem straight out of “The Jungle Book”. Mark Irwin’s cinematography keeps you stick to the screen. He captures every bit of moment with genuineness.

The action sequences are perceptively planed but they lack attraction. Throughout the film, some of these moments appear more humorous than serious, except for the fight order in the climax. Vidyut’s poses and parkour movements are well-captured.

Unfortunately, the music is not at all effective or appealing.

SO, BE GENEROUS  IN SHARING.