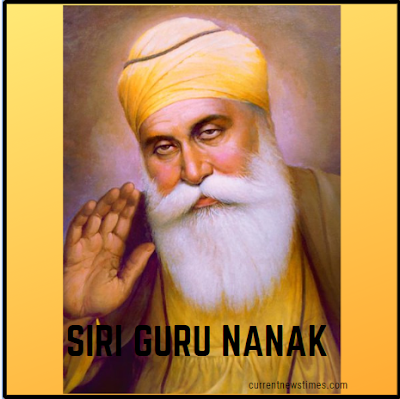 Siri Guru Nanak Dev Ji was the founder of Sikhism and the first of the ten Sikh Gurus.  The last Guru said that there would be no more Gurus after he and Sikhs would be taught by the Sikh holy book, which is called Guru Granth Sahib.

His main teaching to the world was written down to be “devotion of thought and having good actions as the first of our jobs”.

Earliest Sikh Beliefs
At 13 years of age, Guru Nanak was to go through the rite of passage ceremony wherein a young Hindu male moves from childhood to adulthood. When the time came to accept a sacred thread from the priest, he refused it and recited a poem prizing the right action and compassionate thoughts about symbolic objects.
Worried by his rejection of rituals and his habit of spending days discussing religion with Muslim and Hindu hermits as he watched over the family’s cattle, Guru Nanak’s parents encouraged him to marry when he was 16 years old. Nanak agreed and enjoyed a happy marriage, which soon produced two sons.
His teachings also had profound social implications. He denounced the caste system prevalent in Hinduism and taught external aides like rituals and priests were not of importance. Guru Nanak always stressed the inner spiritual awakening.

For several years, Guru Nanak remained in his village, teaching the basics of Sikhism. At the age of 30, however, he knew the time had come to share the message of God with people throughout India and even into distant lands. With his friend Mardana, a talented musician, Guru Nanak delivered his messages in musical hymns. At each place, he set up manjis, local cells or small religious groups. In this way, he delivered the message of Sikhism to many people across the nation.
INDIA

At Hardwar, Guru Nanak Dev Ji   asked a Hindu that why they are throwing water towards the sun in the morning, the man told him that in this way they are sending water to their ancestors so that they can drink, so immediately Guru Nanak Dev Ji
MIDDLE EAST
When he arrived in Mecca, he was exhausted and soon found a place to sleep on the ground, but his chosen sleeping position pointed his feet toward the Kaaba, the sacred sanctuary structure within the most sacred Muslim mosque. When a watchman saw his position, he kicked the Guru and yelled at him for being so disrespectful toward the house of God. Guru Nanak explained he was very tired after a long journey and meant no disrespect, then asked that the watchman to turn his feet in a direction ”where God is not.’
SUCCESSION

Guru Nanak appointed Bhai Lehna as the successor Guru, renaming him as Guru Angad, meaning “one’s very own” or “part of you”. Shortly after proclaiming Bhai Lehna as his successor, Guru Nanak died on 22 September 1539 in Kartarpur, at the age of 70.